Ever since the beginning, our team wanted to have a third-wheel character that the players would potentially hate and they would love to slap him. Through our slapping mechanics, this would be allowed and encouraged.

This character is Chad.

Originally, we pictured this mid-age man as a low-life nerd who spends his time playing the very popular game at the time — Dungeons & Dragons. He envies Reggie and Kenny (the players) and tries to be cool just like them but fails. He is annoying and creepy, so Reggie and Kenny always shoot him down. In the end, Chad is the mastermind of the zombie outbreak — a revenge plot for not being accepted by the players.

This idea had one big problem. He’s a nerd, and nerd that wants to fit in and have friends. This character is lovable — not hateful. Personally, I would NOT want to slap this guy, I’d let him join us. And with the huge impact of geeky video game culture, society and — of course — morals, no player in their right minds would want to slap him.

So I suggested that this guy should be a complete douche. He was popular and cool — the high school jock. He got himself laid by a lot of chicks and treated everyone poorly. Until one day his friends just lost respect for him and bailed, like the typical conclusion of teen flicks. Due to this, Chad never learns to be a nice guy, and continues to being a low-life jerk. When funky cops, Reggie and Kenny, enter the picture, he wants to hang with them to be cool once again, even at his mid-age.

This too, doesn’t seem realistic. Why would he try to be cool as them? He’s bullied people so he would probably just make fun of Reggie and Kenny. And having this mid-age jerk start a zombie outbreak doesn’t make much sense. He clearly would not play Dungeons & Dragons — or at least would not admit he once played it!

This brought up a big question:

Do we want a character that envies the players? Or tries to tear them down? Envy makes the players stronger and more confident in their actions. However, tearing them down offers more conflict.

Our goal is to create a character you would LOVE to slap.

A narrative designer on our team suggested looking at The Incredible‘s character Buddy/Incrediboy/Syndrome. He tries hard to be accepted as a sidekick to Mr. Incredible, but is constantly turned down until he snaps and plans for revenge. This can work really well, but again, the players will most likely want to recruit a sidekick to feel more powerful, not turn them down. 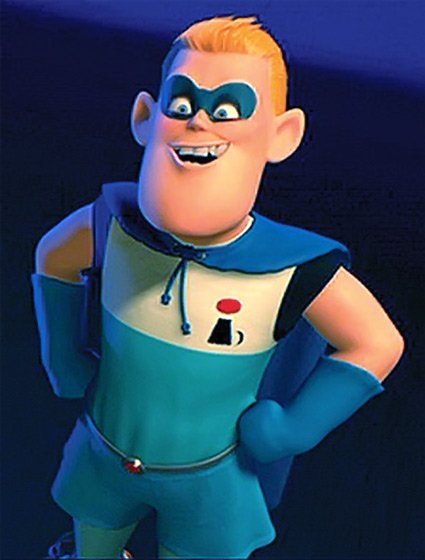 We seeked advice from our production advisor. He suggested working with a cliche character to make it visually obvious that this guy is terrible. Like making this character a complete opposite of our player-characters Reggie and Kenny. And what’s that obvious opposite? He hates disco. He’s moved on from that dead trend and enjoys rock n’ roll or maybe he’s preppy. Either way, there is a clear indication what type of guy this is without having to establish so much. Also, if we want to make this guy likable, he has to be funny and entertaining.

You can see where this is going; Chad is too complex.

We needed to move on and I needed to have the draft script completed. So I wrote it out, with Chad being just a typical annoying character. We had a table read with our production advisor and it went really well. Our relationship with the Reggie and Kenny was great and Chad was funny. However, if we removed Chad from the game, no one would notice a difference. Which is a good and bad thing. If we need to cut him – that’s fine. But, knowing that he’s not doing anything useful seems like a huge waste of development time.

It was clear Chad had to go.

We decided that we do not need our original twist — of this character being the villain in the end. In fact, no one needs to really understand how this whole zombie outbreak started. As a team we brainstormed new characters because we need a character that can replace Chad. Preferably one you’d want to slap, but it should be a relationship that both Reggie and Kenny hate.

All these ideas are building blocks towards a better character. The best way to think of this character (which is not listed above) is to make he/she a foil towards the players, Reggie and Kenny. Similar to the film Anchorman, Ron Burgundy and his news team are baffled by the new co-anchor being a woman, Veronica Corningstone. Our game is set in the same decade, the 1970s, and this foil character can work really well contrasting our disco cops. This foil character hates disco and enjoys modern times, and this character can be a  young woman. To make it more interesting, this confident and strong woman can be their new captain, similar to Brooklyn Nine-Nine’s premise. Reggie and Kenny are baffled by a woman at first but quickly start to respect her… that is until they have a terrible first impression, which causes them to be demoted. This is a good transition back to our original story, since they were already assigned donut duty. Moreover, this Captain can be their dispatcher when Reggie and Kenny are off slapping zombies. So, she — a female badass — can be more included in the story.

This character is the new and revamped Captain Trudy.

It would have been a fantastic addition to have a character the player can slap for entertainment. But this proved to be a huge challenge to take on, and our team does not have time to create all these different variations to figure out which one works. This new character is less of a headache to create. So, it’s best to continue forward with an easier character to take on.